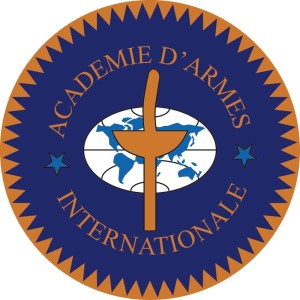 On Wednesday, October 17, 2018, the AAI Direction Committee approved a new attachment to the IMAQS (International Masters of Arms Qualification System), called ACM (Armed Combat Methods), which represents the general framework adopted by the AAI to define the qualifications of the teachers who can not be qualified directly through IMAQS.

Armed Combat Methods (ACM) are the disciplines based on the rational use of white weapons, according to the different practical purposes (defence, art, sports).

Combat weapons are all offensive and defensive weapons, designed for combat, that is melee weapons, throwing weapons, and firearms, which are not heavy weapons (high destructive weapons, artillery pieces, etc.).

ACM are based on the rational use of white weapons; that is, on specific educational and training methodologies, designed by masters of arms of all times and all cultures.

Sport ACM are based on the playful form of the rational use of weapons, that is to say on the regulated competitions of combat and / or aesthetic and artistic exhibition. The practitioner of a sport ACM is an athlete. The practical exercise of sport ACM can be combat and combat choreography. The sports ACM are intended for sport activities, agonist or not, and leisure.

Operative ACM are based on the application of the rational use of weapons in real civilian and military contexts. The practitioner of an operational ACM is an operator. The practical exercise of operational ACM is combat and combat simulation. Operational MCAs are intended for real combat training in both civilian and military contexts and are therefore functional for the training of security experts or at least for the disclosure of the personal defence culture.

The teaching of armed combat in all its forms is subject to training courses and qualifications of the teachers, which must be traceable and acknowledged in an institutional form.

The main training pathway for sport ACM of European cultural origin, related to cold steel weapons (fencing) is the IMAQS.

A training course of European cultural origin, linked to cold steel weapons, can only be recognised by the IMAQS-ACM if it is related to a stage or operative ACM.

The IMAQS-ACM can operate autonomously in all areas (sport, art, defence) for non- European ACM or related to firearms and throwing weapons.

Scroll
We use cookies to ensure that we give you the best experience on our website. If you continue to use this site we will assume that you are happy with it.Ok